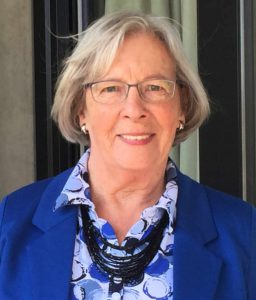 Watchman for Israel
When I was visiting Christian friends in Canada in 1974, I asked them: “What do you believe?” Their answer was very simple: “Jesus wants you to believe that He died for you to become a child of the Father and you don’t have to do it all alone anymore. He wants to be your friend and guide.” At that moment I had a vision of Jesus as the Good Shepherd and He said: “I am the Way, the Truth and the Life, no one comes to the Father except through Me.” This was the beginning of my walk with the Lord. I also received a prophetic word: “The Lord will make you a watchman for Israel.” This surprised me because I was going to work for UNESCO in Jordan. To my surprise I came to work in a school in Ramallah, 15 km north of Jerusalem.
At that time UNESCO still referred to the “West Bank” of Israel as Jordan.
I enjoyed the contacts and the teamwork with the Palestinian teachers, including both Muslim and Christian Arabs. A whole new world opened up for me. In Jerusalem I came into contact with Dutch Christians from Near East Ministry, who invited me to their Bible studies and prayer times.

Called to the lost sheep of the house of Israel
When I had been working for UNESCO for about a year and a half, I spent a weekend with a friend. Seeing how tired I was, she said: “Ans, the Lord wants to tell you something; maybe you should quit your job. Shall we pray for it together?” She had a box with Bible verses that had been collected prayerfully by the sisters of Mary from Darmstadt. After the prayer I could take a verse and to my surprise it said: “And they immediately left the ship and followed Him”. (Mat.4:22) “Now you see!”, my friend said and went to the kitchen to cook dinner. “Father,” I said, “what do you want me to do? Should I just get out of the boat, without a job or money?” I quickly picked another verse and read: “do not go to the Gentiles, go not to the Samaritans, but go to the lost sheep of the house of Israel”. (Mat.10:5-6) It was clear to me: quit my job and see how He would lead me on.

Meeting Messianic Jews
I went to Netanya in Israel to learn Hebrew at a language school. There I met Linda, a young Jewish woman from America, who had just come to live in Israel. We became friends and she became very interested in my faith. She even asked for a Bible, and to her surprise, she read that it was all about Jewish people. And Linda came to believe in Jesus as her Messiah. She did not become Catholic or Protestant, but joined Messianic believers. At that time there were already some small congregations of so-called Messianic Jews.
Linda’s family was very unhappy with her decision. As a result, her mother and her twin sister did not have any contact with my friend for many years. Even Linda then began to doubt and asked Jesus: “Is it all right that I, as a Jewish person, believe in You?” Jesus replied, “I am also a Jew!” This made me realize that we as Christians are guilty of the fact that Jewish people no longer recognize Jesus as their Messiah.
I did not get a work permit and had to leave Israel after some time.

She asked: “Is it all right that I, as a Jewish person, believe in You?” Jesus replied, “I am also a Jew!”

Feeling like a fish in the water
Back in the Netherlands I quickly found a job, but I still fell into a big black hole. I was very discouraged because I believed that the Lord had called me to the lost sheep of the house of Israel. One evening I asked desperately: “Father, what is your plan for my life now?”. So I opened the Bible to receive a word from Him, and this is what I read: “I called you not only to raise up the tribes of Israel, but also to be a light to the nations”. (Is.49:6) This word of comfort helped me to understand that the Lord was still leading me even though I did not yet see how this would be fulfilled.
Before long an Israel prayer group was started, meeting one day every month for 9 years. We prayed for Israel and the Church, for reconciliation and unity through confessing the sins of the Christian churches against the Jews.
In 2003, my husband René and I, attended an International Catholic Charismatic conference in Italy. We were hoping to get an answer from the conference leaders regarding the question of Israel’s place in the church, as Paul wrote about this in Romans 11. We had been hosting many meetings in our home with speakers who had a love for the Jewish people, but we needed to have a conformation that we were on the right way. Unfortunately we did not get an answer because they said it was a “theological issue”.

But the Lord knew the cry of our hearts. And so it was during this conference that we got into contact with Mgr. Peter Hocken, a catholic priest who invited us to a conference of “Toward Jerusalem Council II” , an international movement, committed to bringing reconciliation and unity between Messianic Jews and Christians (see www.tjcii.org).
At this TJCII conference, which took place in Vienna in 2004, we felt like a fish in the water. Here we met Messianic Jews and Christians of different denominations gathered in love and unity. During this conference René felt called to take up the role of TJCII representative in the Netherlands.

TJCII in the Netherlands
René formed a National Committee in the Netherlands to have a team that could host conferences, open days and give PowerPoint presentations. Also a Dutch website was made: www.tjcii.nl. In 2007 we were asked to organize an TJCII European conference in the Netherlands. This is where, among other things, the European intercession work was set up, which I coordinated for several years. We also started a TJCII prayer group in our house.

The work for TJCII has enriched our lives with many friendships, Jews and Gentiles, all over the world. We are serving the Lord’s heart’s desire for unity in the Body of Messiah and for His return back as King in Jerusalem. The TJCII International Committee meets in Jerusalem annually. We are part of the intercession team that prays and fasts for God’s guidance before and during this meeting.

Painting for God’s Glory
After I took a two-year painting course at an art school, dear friends told me about “prophetic painting” in order to use my talent for the glory of God. They prayed for me to release this gift and then I received a vision of the New Jerusalem as the Bride. After that, more images followed and so I can also put my love for Israel and the Church on canvas!
The different poems at the back of the postcards are with permission from friends.